I recently renovated an Iceman Clear3 Chiller I had recieved from someone who had a knee replacement.  The pump no longer worked but I kept this around for the hose quick disconnects and the nice bucket.  When I removed the two screws holding the pump in the nice trim plate on the back fell off.  So I whipped up these retainers in Fusion 360 and printed them out on my trusty old Makerbot Thing-O-Matic and about 10 minutes later I had it back together.  Works like a charm, looks nice, and as a bonus I can see the water flowing into the tank.  Just drop in a couple Blue Ice to keep things chill for the long jobs and replace them later.

You can download the STL for the retainers on Thingiverse:  Iceman Chiller Backplate Retainer

Currently my tank is filled with 1 Gallon of Distilled Water and a shot of propylene glycol (RV Antifreeze) to keep things from growing. 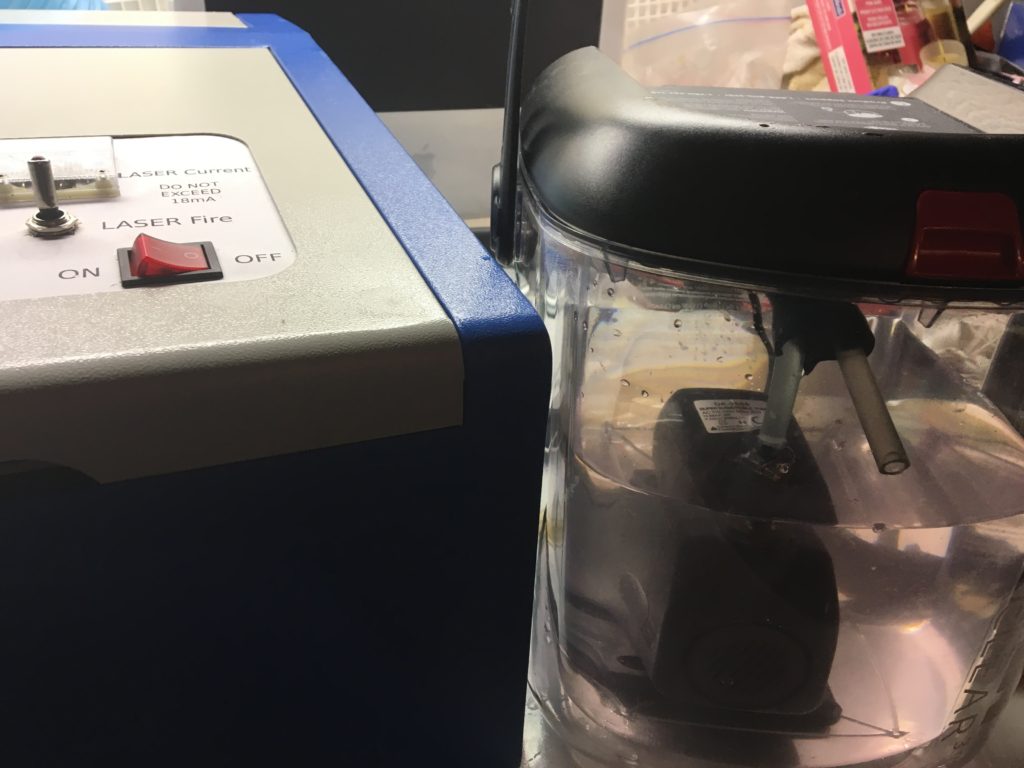